And Huawei did it. Reports from March have now been confirmed by Huawei, as the CEO Richer Yu told that the company has developed its very own operating system in case of any circumstances that it can face from the US. And, now they’ve devised a name for it is ‘HongMeng’.

Huawei has invested its time and effort into developing a custom mobile operating system for seven years. This software alleged dubbed as HongMeng started out in Shanghai’s Jia Tong University in 2012, it had been secretly introduced into their system and since then, not only has it witnessed small-scale deployment but also won government awards. Whether this is the same operating system as Kirin OS is unknown for now

Huawei claims that they were anticipating that such a move would be made, and they’ve taken the necessary steps to make sure that the effects of this blow are mitigated as much as possible. One of those steps would be to develop its own smartphone operating system.

During its Q1 2019 earnings, Huawei reported revenue of $26.8 billion, with 59 million smartphones sold, the company has shown that its mobile division is a money-making business and abandoning it isn’t a choice. Initially, we reported that Huawei’s own mobile platform would be called Kirin OS, while also stating that since talking about the aforementioned rumor, there hasn’t been a follow-up concerning the name of the platform, but here we are, talking about a different name.

Huawei is suing the US government for not allowing its federal officials to use the Chinese firm’s telecom equipment over security concerns. The company has said that the US government has failed to provide evidence to substantiate the security claims and that the US is acting unconstitutionally. With Google no longer doing business with Huawei, the latter might have switched to the fifth gear in development of HongMeng OS.

Since the clash was about to raise between Huawei and the US government. The Huawei executive Richard Yu said, according to a translation of the original German text.

“We have prepared our own operating system. Should it ever happen that we can no longer use these systems, we would be prepared,

This clash snatches the ability to use google app from Huawei user, which is a very great shock for them. And it could be the reason for the shortage in Huawei cell phones or laptops products. But according to the current situation, Huawei has prepared its own OS which expectedly will be launched in fall or expectedly next year spring. with there own app store and Chinese apps ecosystem 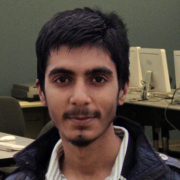