Windows 10 comes with the system-wide dark mode, and most third-party apps support the new look and feel. Popular browsers like Firefox also offer a built-in dark mode that goes with the dark look of Windows 10. Google Chrome, however, is late.

At the end of 2018, we learned that Google is introducing a new dark mode in Chrome for Windows 10 and macOS. This feature of Google Chrome is already available for testing in Google Chrome Canary build version 74, but some changes are not complete. Google still has to experiment with a better way to deploy this on both MacOS and Windows 10.

The mode includes a dark default page for new tabs, darker chrome borders, and even darker context menus. It’s possible that Google could deploy this mode with Chrome build version 74, which is scheduled for release in April.

It’s a welcome change to Chrome and comes just weeks before Microsoft is expected to start testing its own Chromium-powered version of Edge. One of the main problems with implementing dark mode for Chrome is the homepage, which looks identical to incognito mode. Working it engineers of Chromium, and after elimination of all detected problems, dark mode will finally comes to Chrome stable release. 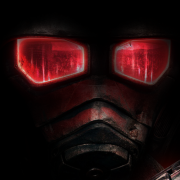